The thoughts behind the OIL Coloured Segmentation 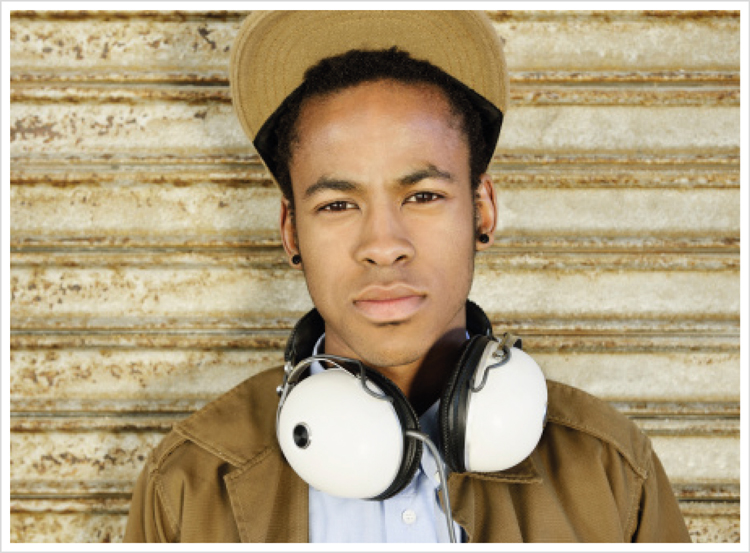 As a young coloured girl working in the media and advertising industry, I found that there was very little understanding and many stereotypes around the coloured market in South Africa particularly in Cape Town. I am not really sure as to why this is the case but it could be due to the way the market is portrayed in the media. A typical radio and television commercial that target or presents the coloured market would always somehow start and end with something like “Awe my bru…hoe leik ‘it, jy’s mos lekker…” I always wondered what those copywriters were smoking, whether they were on cheap cocaine or something. Did they seriously think that this is what coloured people were all about? That if we didn’t have missing front teeth or flat Cape Flats accents then you were not “coloured”?

Growing up on the Cape Flats I was surrounded by what some might call mainstream coloured culture. The culture of so called coloured Capetonians is dynamic and complex yet very colourful. At a young age you soon realise that the coloured community is constantly in flux and they tend to unconsciously distinguish themselves from each other. You become aware of the fact that there are “different kinds” of coloured people that are labeled with terms like “gam” “sturvey” and “one of those”. I was always labeled as sturvey because I didn’t necessarily conform to the norms of people’s definition of behaving like a coloured person and to them this was considered a bad thing.

The dynamics within coloured community are somewhat mind boggling. For one, the issues of coloured identity are often heavily debated over many dinner tables. Who are we? Where did we come from? Do we have really a place in South Africa? Does South Africa even acknowledge us as being part of its nation? Now these debates have moved from the dinner table to the social media sphere and found themselves onto documentaries. These unanswered questions have sparked one of the most challenging yet self fulfilling research projects of my career. Based on my internal insights into the coloured community, combined with social media blogs and books, I developed a hypothesis and created a segmentation model for the coloured community.
The coloured research was based on ethnographic research, we basically entrenched ourselves into the lives of four families represented by each of the four segments. My colleagues Velma and Mia accompanied me on the research; they were the fresh perspectives that would help identify the key insights into the market.

The first family we researched was The ACHIEVERS. They are known as the sturvey people, the pockets of excellence that exists in the suburbs and the previous role models of the Cape Flats. There were many things that Velma and Mia found “interesting” whilst doing the research. Firstly, most people in this segment consider themselves black. Most ACHIEVERS find coloured to be a very derogatory term because they are so rooted in the political issues surrounding their previously disadvantage status. I personally don’t have an issue with being called coloured as I have do not share the same political history as my parents, but I do understand the sensitivity around the issue.

The language dynamic was also another particular interest, most ACHIEVER parents are Afrikaans speaking but they raise their children English. I always thought that that this was a normal thing because I remember many family gatherings where all the older people would speak Afrikaans and the young kids would be English. Up until this research I’ve never really stopped to ask why this was the case. ACHIEVERS are all about pride, pride in their past and even more pride in their achievements. ACHIEVERS are the kind of people who will always remind their children of the opportunities that they have and how life wasn’t always easy for them. So you had better make damn sure you become an over ACHIEVER and make the family proud.

The ESCAPERS segment was an eye opening experience, even though I grew up on the Cape Flats I have never seen the Cape Flats in its true form from the eyes of someone trapped in their circumstance. Living in Mannenberg over the weekend was an emotionally draining experience. When you see people living their lives trapped in a legacy of Apartheid. What I found even more disturbing was how some ESCAPERS considered themselves to have been better off in the old South Africa. As a person of colour living in South Africa I find this to be an insult to the many people who have fought through the struggle of Apartheid. On the surface the ESCAPER lifestyle is like a bitter sweet story. Everyone is a community supporter, having fun together with no boundaries however there is much sadness behind all the fun and games. People have very little aspiration and often live life as though life owes them something. The problem is that many ACHIEVERS moved away from the Cape Flats and this has left a void. There are no real role models for the people to look up to and instead they look up the gang leader or the shebeen owner on the corner.

SILVER SPOONERS are referred to “as one of those coloureds”, because they are so far removed from mainstream coloured culture just because they have a very strong Model C accent and may not know what a swirl koos or barrakat is. Hanging out with SILVER SPOONERS has opened my eyes to a generation of people that will not define themselves according to race and where issues and stereotypes associated with race will not be an issue. The thing that most South African people and most coloured people seem to forget is that there is a new emerging segment that do not see colour as a differentiator. They define themselves on their individual people because of the amount of exposure and opportunities they have in their lives.

Many people would say the more we are different the more we are the same, however I’m not sure this applies to the coloured market. There is diversity within this diverse group of people and hopefully this research is the first step in breaking down stereotypes of the coloured market, which will not make them feel like a socially excluded ethnic group in South African society.