What mindset will your brand have in 2016? By Alistair Morgan 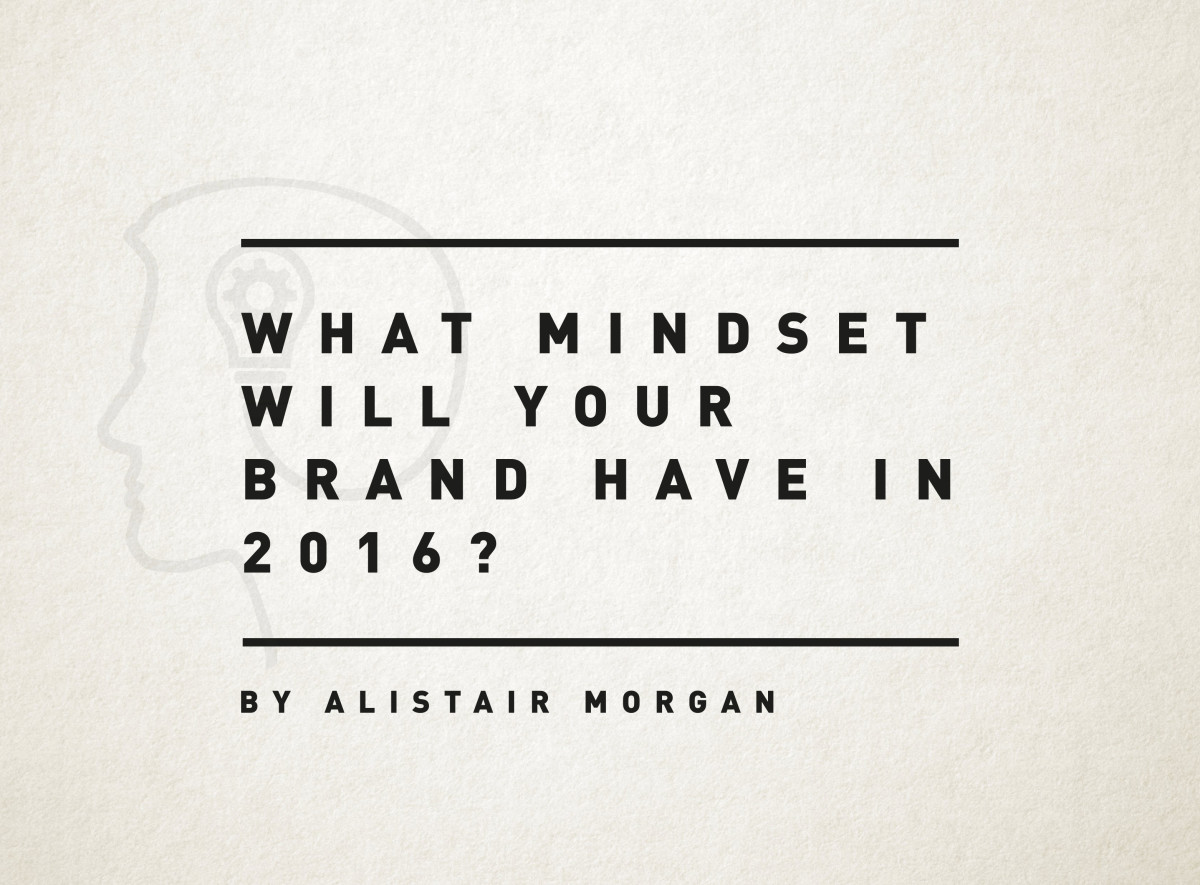 Carol Dweck, the renowned Professor of Psychology at Stanford University, is the kind of person who likes to divide the world into two kinds of people.

In her fascinating book Mindset she talks about people having either a ‘Growth Mindset’ or a ‘Fixed Mindset’.

‘Fixed Mindset’ people don’t like to be challenged. They’re threatened by the success of others.

They believe that their talents and abilities are fixed.

And when they fail, they look for someone or something to blame.

‘Growth Mindset’ people, on the other hand, enjoy being challenged because they see it as a chance to improve themselves.

When others succeed, they’re inspired. They believe that, through effort and a good attitude, they can hone and strengthen their talents and abilities.

And when they fail, they learn from their mistakes, dust themselves off and move on.

We all know people who fit into these categories. If you’re honest with yourself you probably have a pretty good idea which category you fit into.

But what about the brand or brands you work on? Do they have a ‘Fixed’ or a ‘Growth’ mindset?

I’ve worked on both. In my experience, ‘Fixed’ brands tend to believe that they must be all things to all people. They’re too scared to exclude a minority while chasing after a majority.

If one person complains about an ad they’ve produced they panic and pull the ad. They believe that the cornerstone of their existence is their logo.

They’re arrogant. They presume superiority. They love to tell people how great they are. As a result of this they forget about the people who buy their products and ultimately pay their salaries.

And, when things go wrong, they start laying the blame at everyone’s doorstep except their own.

The negative mindsets of these brands filter into the people who work on the brands. They contaminate the marketing departments, the sales force, the ad agencies and, eventually, they repel the very people they’re trying to attract.

These brands are breeding grounds not for growth, but for fear, analysis paralysis and tunnel vision. They are their own worst enemies. And, more often than not, it shows in their advertising.

They wear their people down. They burn out their agencies. They dig their own graves.

‘Growth’ brands have a contagious confidence about them. It doesn’t matter if they’re big, small, old or young. They’re comfortable in their own skins. They’re consistent. They don’t chop and change ad campaigns, propositions or agencies.

They can laugh at themselves. They can take a complaint and move on. They make up their own minds. They follow their gut instincts. They thrive when challenged. Their ads are memorable for all the right reasons. They have long-term relationships with their agencies and with their markets. And this rubs off on the people who work on the brands. They feel empowered to make decisions, to encourage creative excellence and to try new and untested things. And because of this they grow and they prosper. Smart people want to work for them. Great agencies want to do work for them. And consumers want to reward them with loyalty and plumper profits.

So, what kind of mindset will your brand have this year?